We are a national fellowship of lay women and men who come together in support of the Cathedral, both to increase its influence in the world and who hope ultimately to see to its completion.
Floreat cathedra! 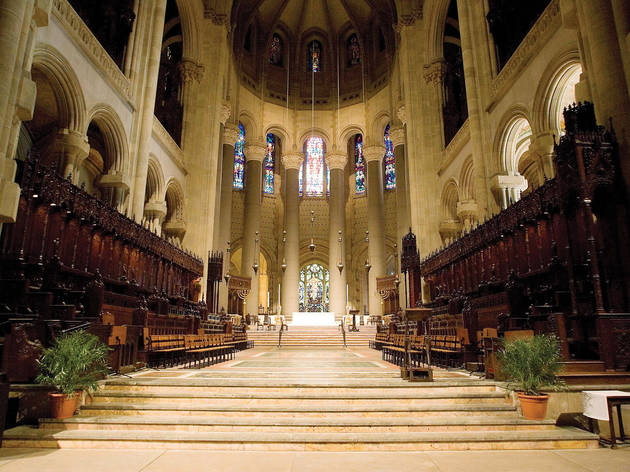 In 2021 The Laymen's Club celebrated 113 years of commitment to the vision and vitality of The Cathedral of St. John the Divine. It is important to acknowledge the contributions of those who have helped make the Cathedral a treasured sanctuary, and who continue to build upon a record of accomplishment to insure the Cathedral's readiness to serve the people of the City, the Diocese and the world in the 21st century.

It was a committee of laymen who took the initiative for an Episcopal cathedral in New York City in 1872 by suggesting to Stephen P. Nash, clerk of the vestry of Trinity Parish, that he present a proposal for a cathedral to Bishop Horatio Potter.

In the early years of the cathedral project, it seems mainly to have been kept alive by laymen. This was acknowledged by Bishop Potter, who publicly emphasized the central role of the laity in promoting not only the program for a cathedral, but also in advancing the general work of the Episcopal Church through associations, clubs and guilds. It is somewhat ironic, therefore, that the first people to propose a laymen's club for the Cathedral were not laypersons, but clergy, who wisely saw the need for a lay group dedicated to the support of Cathedral activities. Bishop Henry Codman Potter was sympathetic to their proposal, and David Hummell Greer, who had been elected bishop coadjutor in 1903, seconded him. The Laymen's Club was formally established on March 23, 1908.